The saga of the Vampire Chronicles’ tv series has had almost as many installments as the series it’s based on. The movie rights were with Universal Studios, tentatively (as of 2014) to be adapted by Josh Boone. Then that fell through for unknown reasons (Anne Rice’s Facebook page […]

Previous We’ve arrived: the nadir of the book. I’ve convinced no small amount of trusting, unwary souls to try this rollercoaster of a series. Every one found different characters and themes that appealed to them, but without fail they reported having difficulty with this stretch of pages. Why? […] 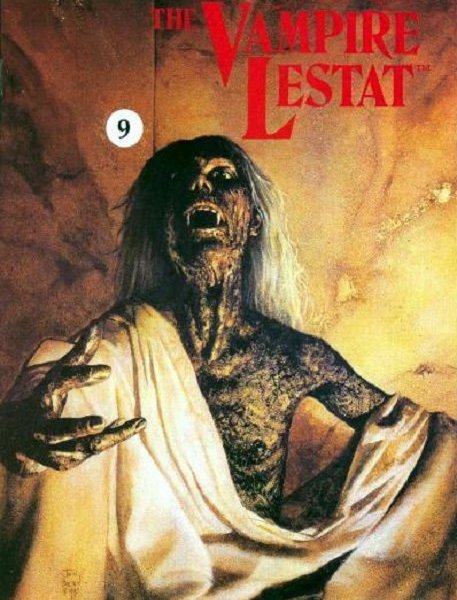 Previous If you’re wondering why it’s been a little while since the last recap, it’s because this section requires a certain amount of mental steeling to face. Not because it is particularly more horrible than other parts of this book (though at points it is, because it revolves […]

Previous We left off at a dire moment for Our Hero: the inevitable had at last come to pass, and Lestat’s first love Nicolas had immolated himself (with more than a touch of help from Armand). We return you now to that moment as things continue to get […]

Previous When last we left, Nicki and Lestat had a spiteful breakup, and Armand’s attempt to be the new boyfriend were somewhat dashed when he triggered Lestat’s PTSD. Despite beating Armand’s face in, Lestat wasn’t quite able to strike the killing blow – once his flashback subsided, he […]

Previous It’s been a minute since we paid a visit to the trashpires. When last we left, Lestat had met his second (small, chubby, redheaded) stalker and turned his boyfriend into a vampire despite everyone everywhere agreeing that doing so would be a really really bad idea. It […]

Previous IT’S TIME. IT’S TIME AGAIN AT LAST TO TALK ABOUT MY BOY. …..Perhaps I get ahead of myself. I believe we left off with Lestat making one of his usual Good Decisions, didn’t we?

Previous We now return you to where we left off: Lestat’s impulsive, poor decision making skills. That could be any book at any point, really; the difference is that this is still the time when the benefit of his intent still outweighs the damage he does.