Want to start at the beginning? There’s a great deal to love about this episode, and not just because it marks the halfway(ish) point of our adventure through this early branch of the Lupin canon. It’s also not because the sound mix is better, because the dialogue still […] 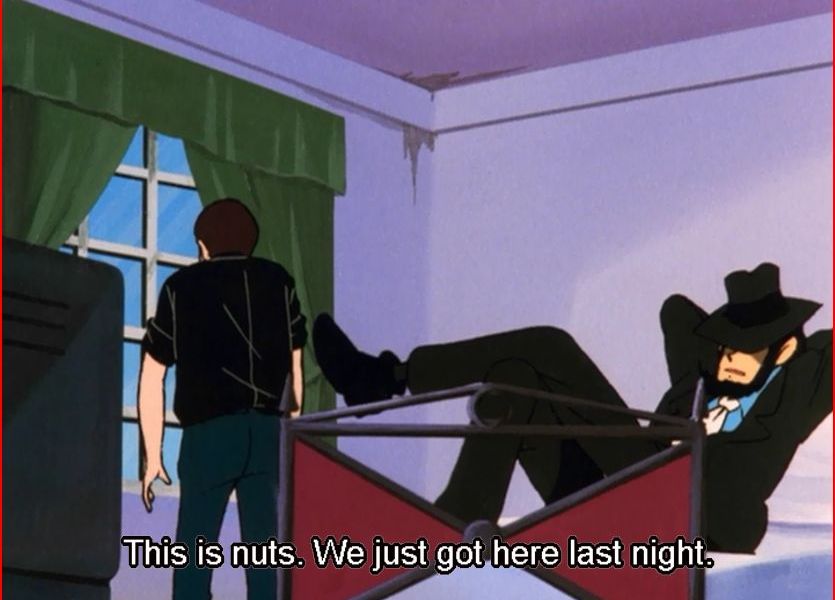 Want to start at the beginning? I think this episode, “When the Seventh Bridge Falls,” might be as close as we’ll ever get to Miyazaki-directed Sherlock Holmes (putting aside the one he already did, which had the added bonus of cute anthropomorphized animals)…and yes, let us all be […]

We interrupt my usual pontificating to indulge in a heartwarming surprise and a bit of camaraderie. The very articulate Artemis was kind enough to nominate Fashionable Tinfoil Accessories for a Liebster Award! I had no idea what this was until I was nominated, but that just means I had […]

Want to start at the beginning? The infallible information source Wikipedia quotes Shinichiro Watanabe as being inspired by Masaaki Osumi’s Green Jacket when he was working on Cowboy Bebop. This is the episode that sells that idea for me, and not just because I can’t bear to imagine […]