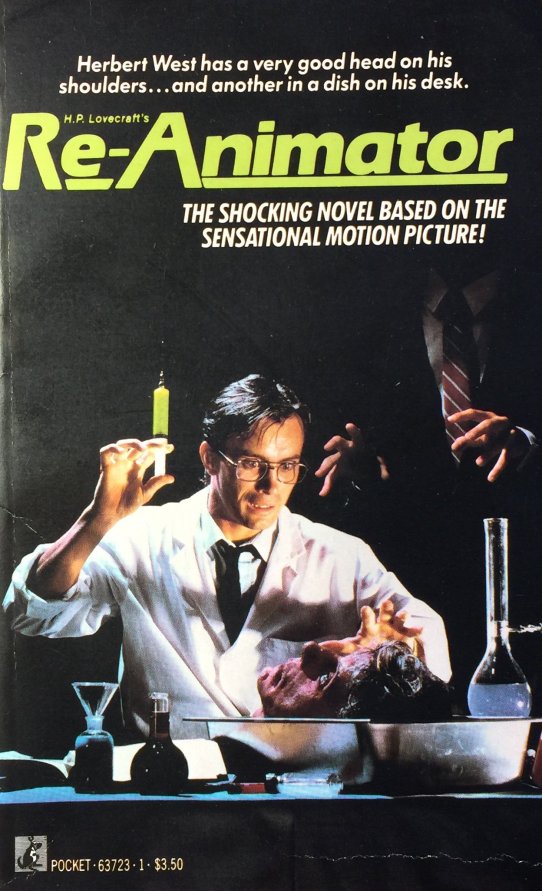 Hey, when you think of Re-Animator, do you think “I sure would like to spend a LOT more time with the horrible villainous rapist character, but without the visual charm of seeing David Gale rediscover his love of acting?” Well, good news Jeff Rovin and one other person. Other highlights include characters having two different, conflicting backstories within the same book; subplots that go nowhere; pacing that results in a scene from 30 minutes in happening halfway through the book, and SO MUCH homophobia.

Yes, this is the book that all but directly acknowledges what we all knew, that Herbert West is gay, but does so in the absolute shittiest way possible. We waded through it so you don’t have to.

Say hi to Dorothy and Vrai on Twitter @writervrai and @dorothynotgale

Join us every two weeks on Soundcloud, iTunes or Stitcher – and if you’d leave a rating and review, so that more people can find their way to us, we’d appreciate it!