The Consulting Analyst – An Introduction to Tiger & Bunny

This series is made possible by a commission from Frank Hecker. You can find out more about commissions here.  In the city of Sternbild, heroes are a part of everyday life. In fact, the superpowered beings called NEXT are reality TV superstars, wearing sponsor logos and competing for […]

I love this movie so much. But boy, it is just a little bit of unearned smugness going on.

Back again! Here’s the second half of what I reviewed this season. Some unexpected gems and also the worst the season has to offer. As always, one line summaries are also linked to my longer reviews. 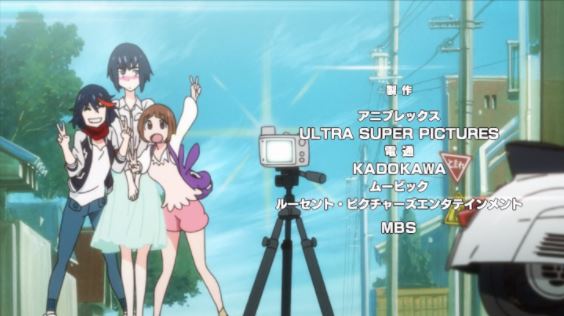 I made it to the end, for better and worse. The short version? This is a real case of diamonds encased in shit, Ryumako is a good and canonical ship, the StuCo are cute kids, and if anyone tries to talk to me about this series in future […]

This film is the epic, multi-generational tale of uncovering how exactly to punch a murderer in the dick. And in the end, the day is saved by wig-snatching.

It’s that time again! The time of year when I don’t sleep and my schedule is completely wrecked by the need to have opinions about anime. I love it, I really do. The season’s about half over, and there’s been a surprisingly good crop of potential. As always, […]

Terry Pratchett is proof that even great authors can have very bad first novels. So take heart, internet.