We arrive now at part two, centering on those actors whose work goes unappreciated, maybe more so for the fact that they’re surrounded by talented fellow actors. But that only makes it all the more a shame that their contributions go unsung.

There are few jobs more thankless than being the new character in an established franchise. You have to work harder to win the audience, you’re surrounded by performers who are veterans in their roles; and, in this case, you’re the second actor to do the role. The knowledge that about six people liked that character is just terrible, terrible icing on the despair cake at that point. And ALL OF THAT is before you take into account the fact that Oscar is an extremely layered character who has to convey a really complex backstory almost entirely through subtext.

Grelle doesn’t just step up to the role – he might actually outdo Yuki Kaji. At the very least he goes toe to toe with the other cast members with ease, emerging as best in show alongside Michelle Ruff’s fantastic Fujiko. Grelle’s Oscar walks a dozen fine lines in any given scene: outlandish when the moment calls for black comedy but sincere in his feelings; grotesque but pathetic in the darkest moments, and determined but broken at a deep, fundamental level. It’s a superb performance, maybe one of the best I can name over many, many years of watching dubs. He would make the series dub well worth watching even if the rest of the cast WEREN’T at the tops of their games (the woefully miscast Sonny Strait aside). Which, have I mentioned recently that y’all should watch this show? You should watch this show.

Putting aside the traditional punchline that is Wesley Crusher, it’s one of those long held internet agreements that Troi is a rather disappointing character, something which more often than not tended to cause a kneejerk dismissal of Marina Sirtis as an actor. Which is of course patently untrue – she was doing the best she could with the boggling sexism coming down from the writer’s room. And I can think of no better counterclaim to the “Marina Sirtis can’t act” fallacy than her work as Demona.

Easily the best villain of the show, above and beyond even the iconic David Xanatos, Sirtis took every moment of what would then still have been derided as “just a kid’s show” and imbued it with dignity, rage, selfishness, and sorrow. Even to this day it’s rare to see female villains of her caliber, and that’s down to the performance as much as the writing. Demona is damn near Shakespearean in her hubris, but the script never completely forgoes the fact that she has a fair number of good examples for her “kill all humans” stance. And even when the series’ unfortunate pacing in the back half steals some of the strength and time the character should have had, Sirtis packs all of the missing scenes into the weight of her words. It’s an unforgettable performance, one of the best in a show full of talented, memorable actors (shout out to Bill Fagerbakke, who did really solid work here before getting forever shackled to the role of Patrick Star).

If you can name a popular cartoon from the 90s or 2000s which brought you enjoyment, the odds are good that you owe Tress MacNeille a thank you note. While she has more than a few sizable roles that people would recognize her from – Mom in Futurama, Dot Warner, Babs Bunny – that’s not really my point in bringing her up. MacNeille has done dozens and dozens of distinct voices for The Simpsons, Futurama, and dozens upon dozens of animated shows and videogames. She’s amazingly talented, the kind of solid, dependable actor who fills out the world of a show in ways that the viewer might not even consciously notice. But there’s still full, impassioned effort in every role.

That dedication is even before mentioning how incredibly funny she is, with amazing timing no matter what role she takes on. And while MacNeille’s contemporaries, the Billy Wests and Harry Shearers, get their very deserved dues, I don’t see her or her fellow female voice actors given the props they deserve for working tirelessly in an industry that too often is happy to throw them out in favor of a shiny celebrity voice for the poster.

You should all watch I Know That Voice, I guess is what I’m saying (Netflix it, it’s 90 minutes well spent). 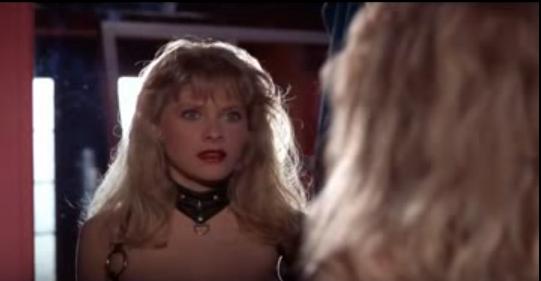 2. Barbara Crampton (From Beyond)

In a world where Jamie Lee Curtis moved from Halloween onto a solid career of stardom, and where an entire show dedicated to so-called “Scream Queens” exists, it is an absolute crime that Barbara Crampton continues to languish in obscurity. She’s the kind of actor born for this kind of list, elevating the work around her with the quality of her performance. It’s a larger tragedy still that her best known work is probably in ReAnimator, wherein her character is so thoroughly disrespected by the script it actually boggles the mind (and I say that as someone who has, shall we say, a devotion to Herbert West). EVEN THEN, when for years her character was remembered for being part of a rape scene centered on a shitty pun involving zombie cunnilingus, she’s doing her best.

So today I bring a different project, one which also involved a collaboration between Crampton, Jeff Combs, and Stuart Gordon on Lovecraft-based source material. The difference is that in this one Crampton actually gets to play the hero (and boy, I think Jeff Combs is pretty alright, but the way he complains about playing the passive victim in this movie with absolutely no sense of irony vis a vis his costar is really…something).

The script still calls for a lot of sexualizing of Crawford’s character, but there’s agency and complexity there. This is an 80s body horror movie, the kind which can easily become memorable only for the effects work, but Crampton holds her own against the flashing purple lights and leering goop monsters. She plays scenes that are patently ridiculous on paper with dignity and weight, making a solid core for the film to wrap itself around when Combs’ Crawford Tillinghast starts becoming warped by the supernatural shenanigans. It’s a damn solid performance in a weird, fascinating little movie. 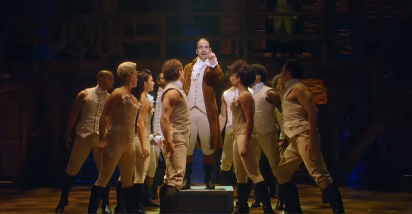 There is no job more important or underappreciated than that of a swing player/chorus member in a musical. They’re crucial in creating the impressive sound of a big, swelling number, of creating the impression of a crowd or the flavor of a scene. They fill minor roles that move the plot along. Not infrequently, they’ll be prepared to do not only those jobs but to step up if a secondary cast member can’t make a performance. They are, in short, the glue that holds a major show together.

I’m using Hamilton as an example not just because the show is absolutely the height of zeitgeist in American musical theater at the moment, but because of how particularly indispensable the ensemble is to the way the show feels. Because the story covers such an enormous stretch of time and a huge number of situations from the US Senate to revolutionary battlefields, all with an almost completely bare stage, the chorus becomes not only the crowd and the backing but the setting itself. Through dance and vocals they have the power to electrify a moment. There’s no HERE COMES THE GENERAL without the chorus. There’s no battle in “The World Turned Upside Down.”

Every scene is augmented by the hard work of those talented actors and dancers, even if their work is less glamorous or fanart-tempting than that of the lead players. The play, and even the soundtrack, wouldn’t have the power they do if it didn’t have every single member of the cast bringing their full talent to bear. Here’s to the background, the underappreciated, the invaluable valuables of entertainment.