Just in time for Oscar season: yet more people who have never been acknowledged by the archaic, garbage voting body that defines the public perception of Doing Entertainment Good. “Underrated” can mean just about infinite things to infinite people, and nearly as many even from a single point of view. Do you go with roles acclaimed in their time but lost to history? Small roles that get overlooked after the fact? Exceptional performances based on an actor’s history or usual type of performance? We could all be here for months exploring the possibilities.

Faced with that wealth of options, I wound up dividing this post into two different approaches. This week, we’ll look at a few performances so good they make the work worth seeing, even if the overall result is an uneven one. One really good actor, given enough space, can elevate an entire project – there are B-movie actors who make a career of it. I could’ve populated the entire list with picks from Cillian Murphy’s CV (I didn’t, but he still deserves a mention). 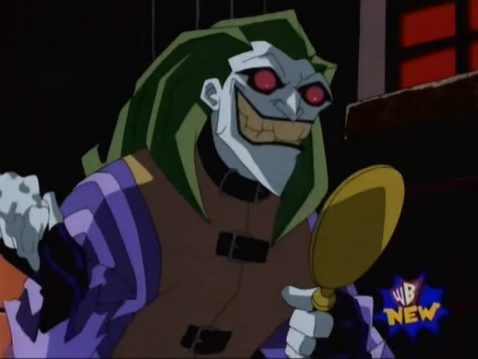 The Batman is the painful, awkward adolescence of animated shows starring the caped crusader. It started in 2004, a few years after the finale of the cult-beloved Batman Beyond (itself the heir of the great Batman the Animated Series’ legacy), and while the prior two shows set new standards in the gravitas, nuance, and style that could be achieved with all-ages animation (before you start – Return of the Joker), The Batman did…not that. It was saddled with the company ethos that the really awesome thing to do would be to ape the 80s model where every episode was centered around a neato gadget of some kind that the kiddos could then ask their parents to buy. Plot is nice and all, but we’re really gonna need you to move those units.

The series isn’t a total waste – the back half did its best to introduce the Bat Family and incorporate some manner of ongoing narrative, and even before that they get points for their poignant take on Clayface and a rare appearance from Ragdoll Sr. (which, as a Secret Six fan, leaves me both joyous and pained). But the real reason to stop in is, as always, to see The Joker.

On a conceptual level it’s clear that show is trying its hardest to get distance from Hamill’s definitive take on the character. It’s a smart move – no one is ever, ever going to top it, so why not move in another direction? The result is more of a hulking, almost feral sort of Joker with Saiyan hair. It’s an admirable attempt, if not an entirely successful one. What makes it WORK is Richardson’s performance, which is this marvelous hoarse growl of a voice with an accompanying laugh that’s almost an assault on the eardrums (in a good way, befitting the character). Determined not to waste his time with a legendary role even in a substandard series, Richardson makes every moment a standout wonder of energy. His episodes are well worth the look. 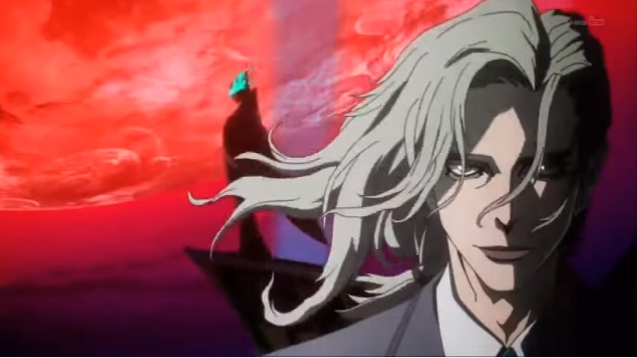 A cheat, certainly, but I simply couldn’t bear to choose between the two of them. Dub actors have it rough – they almost universally bear the derision of fans when a dub doesn’t work, because they’re the public face of a multi-tiered process. But an actor is subject to the whims of the localization, and to the director in the booth. Good actors can wind up in roles they aren’t suited to, or they can end up with writing that was never going to work no matter who came to it.

The latter is the problem here. The T&B dub has so, so many things going right for it – while these two are easily the standouts of the cast, there’s not really a bad pick. But the script is absolute nails on chalkboard, using a loose and vernacular approach that might work well for a series with broader sensibilities but is absolute death to a show whose special something lives and dies on foreshadowing, nuance, and very specific interactions between script and animation. Little character beats get lost, and I was ready to gouge out my eardrums to avoid one more dudebro So Very Hetero slinging of BUDDY PAL FRIEND PLATONIC GUY added to Kotetsu’s dialogue.

But I’ll be damned if I didn’t watch it anyway, just to listen to Kari Wahlgren (Blue Rose) and Liam O’Brien (Lunatic) absolutely own the roles they were handed, on the level and arguably even above their Japanese counterparts. These two are veterans of their craft – Wahlgren premiered as Haruko in FLCL, while O’Brien’s been classing things up since the dark days of 90s dubs – and they’re well aware of the rich levels of character work on offer for them here. O’Brien is particularly bold in picking a totally different tambour for Lunatic than Koji Yusa but selling it utterly, coming across not just as difference for its own sake but an equally legitimate take on the character. Wahlgren, meanwhile, brings real maturity to Blue Rose beneath her teenage anxieties, selling a character that could’ve easily just been Lovestruck Teen Girl in incautious hands. Good acting is good acting, even when the scripts slowly make you feel like death. 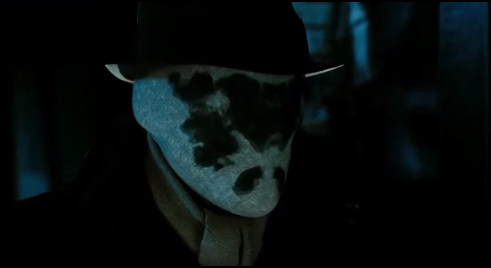 Watchmen is a mess of a very particular breed, the kind that begs one to say “bless its heart” immediately after. It’s the work of a director that loves his source material far more than he understands it, leaving us with a bloated almost four hour mess that couldn’t possibly wield all the subplots in one film, let alone question what elements haven’t aged well or might be highlighted by a different approach (I mean, we can start with Silk Spectre and go from there, but there’re many options). It’s rather undeniably a failure, as adaptation and film.

I own it in a rather weighty box set, and for exactly one reason: Jackie Earle Haley is just that good. Whatever you think of Rorschach and what his character became in the geek narrative that embraced him as a lone truther rather than a tragic, dangerously inflexible extremist, I would stand by the statement that this is the best portrait of the character we’ll ever see. Haley both loved and understood the character in a way that escaped Snyder’s heavy handed WOW SO COOL direction, weaving tragedy, terror and gravitas into every second of screentime he was given. He never lets the character become wish fulfillment but also cuts such an engrossing figure that you don’t want to look away, conveying complex emotions and cut motivations from the book while often acting behind a thick mask. Genre movies, as I’m sure we all remember, aren’t “Real, Serious Acting,” but I’d have laid down votes to see this seriously underappreciated actor get a little spotlight. 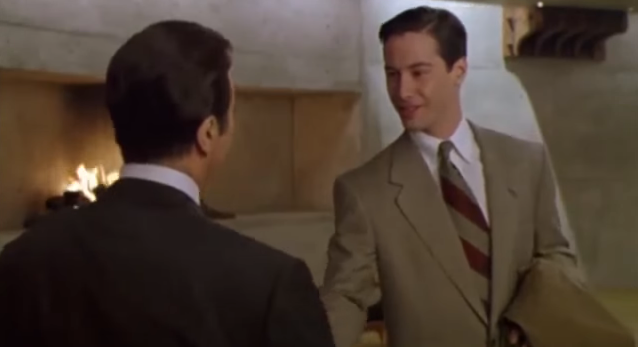 Nowm I know what you’re thinking. Everybody who’s seen this movie came to watch Al Pacino play Satan. This is true, and he makes a great one, playing a workaday, wearing sort of evil that’s a far cry from, say, Mads Mikkelson’s alluring fallen-angel take on Hannibal Lecter, but is just as if not more unnerving. But everyone knows Pacino is capable of great work. And he’s already the only thing people remember about this flick about a southern lawyer being tempted by sin in the Big City. But I’ll be damned if the southern lawyer in question doesn’t deserve praise.

Keanue Reeves ACTS in this movie. He has a character. With Range. And emotion. AND AN ACCENT (I cannot judge how atrocious it is, but I find it endearing). He’s not quite on Pacino’s level, but he holds his own in their scenes together, and creates a compelling enough figure for the narrative to wrap itself around both in the slow burn and when things start going off the rails (I wish I could say the same for poor Charlize Theron, who’s doing a fine job but whom the narrative resolves to take in pretty much every skeevy, exploited direction possible). It’s not earthshattering, but it is good, solid work. And from someone who’s constantly stomped on as a punchline for “flat, terrible actor” (and apparently a very kind, generous human), it seems only right to bring up one of the reasons Hollywood went on casting him in the 90s. 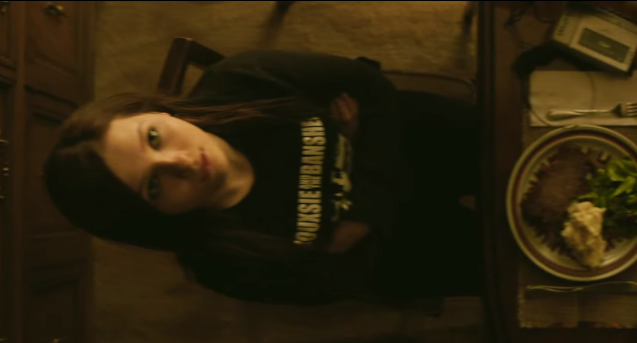 Haunter is a strange little indie movie. It starts with a “ghost trapped in a house” hook at the exact moment when the ghost is figuring out what’s what, and from there becomes a tale of layered realities and shifting threats that I kinda don’t want to spoil for you (and it’s easily available on Netflix, anyhow). It’s not an entirely successful film as a whole – the rules of the afterlife get foggy and easy to break pretty much at the exact moment the plot needs them too, there’s a few layers of contrivance that could be trimmed and maybe 15 minutes of runtime while we’re at it, but it’s an enticing enough mystery to while away the afternoon on. And the reason that’s true is because of its lead performance.

Abigail Breslin’s had a pretty solid career since her work as the adorable, precocious kid in Little Miss Sunshine (and before that, wearing her survivor badge from The Shyamalan Movie People Decided They Didn’t Like, Signs), though her spotlight more or less crested with Zombieland. But she’s worked consistently, something that’s damn admirable even if it doesn’t fit the traditional parameters of being glamorous, and she can be counted on to turn in solid work wherever she goes. Here she holds an entire movie together more or less on her own, often having to hold long scenes of talking to herself or wresting tension from creeping along the same stretch of hallway we’ve seen in a groundhog day loop, convincing us that we should care.

She’s also a marvelously practical character for a lot of the film, frustrated with her family but protective of them as well, behaving in believable ways (mostly) and selling the everyhero element that provides absolutely essential grounding for the ghost and timeline shenanigans going on around her. Breslin pins the movie down and gives it something to build its drama on, and that’s one of the best feats an actor can accomplish.

Next week we’ll take a look at more universally solid projects with actors who don’t get enough credit for their contributions to that quality whole. Terribly coincidentally, this is where most of the women on our list are.