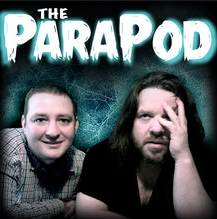 Scary Podcast Stories for the Season

That most Hallowed-Eve time of year is upon us again, when everything is doused in pumpkin flavors and the general popular spends a month acting like cosplayers do year round (that is to say, approaching every strange and discarded garment as a potentially useful tool and trying to […] The intro is here. Introducing: one of the show’s very best characters.

The Black Tapes’ Clever Apophenia: How the Internet Tells Stories

If you’ve spent the last few months missing Serial, I feel it’s my duty to point you toward the impeccable in-progress podcast The Black Tapes. It too has a curious journalist with a soothing voice (Alex Reagen) and a fascination for unresolved stories – in this case, stories […]

The intro is here. Sorry about the wait, readers! Today’s episode is the worst possible opportunity to say “I told you so.”

Remember when the news broke out that we very nearly had an anime prequel to Mad Max: Fury Road? And then remember that other time we all deeply regretted clamoring for supplemental material about Furiosa and the wives, because there was that eye-gougingly horrendous comic that came out? […]

The Consulting Analyst – Reawakening/Leader of the Pack

The intro is here. Season one is over, but we’re not yet a quarter of the way down this road.

Wander Over Yonder is a Gift to Your Inner 90s Kid

Imagine: Kenneth Parcell as an adorable, fuzzy lollipop alien, traveling the galaxy to help people alongside his grumbly best friend (think Amethyst with a side of Marceline); never visiting the same planet twice, and constantly thwarting the fairly inept galactic conquest of a hulking, bratty skeleton overlord and […]