Or: Probably the Only Time You’ll See Hayao Miyazaki Compared to Frank Miller

Spring season is finally bringing us a new installment of Lupin III, dear readers. As much as I adore The Woman Called Fujiko Mine (and I do, emphatically), it was quite the departure for the series’ established MO – a contained, stylish thought experiment and deliberate period piece rather than a fast-and-loose adventure story with a consistent core cast. Meanwhile, the new “Blue Jacket” (premiere date undetermined at time of writing outside of the general spring 2015 timeline) seems set not only on returning to the adventure of the week formula but in finally updating the thief to the modern day – and I’ll be particularly interested in seeing how deep that goes. Annual Lupin specials might have had modern tech interludes (who can forget the oddity of Goemon using an iPhone), but the character writing has never really felt like it left the 70s.

In fact, while I’ll fight for the highest caliber entries of the franchise’s status as timeless classics, it can be really tough to sell a modern anime fan on getting into Lupin. Part of that’s the age (particularly in the art style), but beyond that I hear over and over again that the amount of content is just overwhelming. We’re talking over 40 years of animation, after all. And it’s not always evident from the outside how loose the continuity between series is – not to mention the many, many different tones and takes over the years, meaning there can be different “best starting places” for everyone. But I think I’ve finally got a way to explain it to people: Lupin III is like Batman.

Not the go-to comparison (that’s usually, off the cuff, “James Bond meets Bugs Bunny”), but it works. Trust me, I can prove it.

Why: The earliest going seeds of the franchise, establishes the characters and central premise that other adaptations will spend their years responding to. The earliest installments are downright weird/uncomfortable as far as incorporating things that would make no sense to a more modern understanding of the characters (i.e. Lupin the rapist, Batman using guns)

For: Completionists, fans of surreal humor willing to totally forgo inter-narrative consistency (at least in the very first manga run) 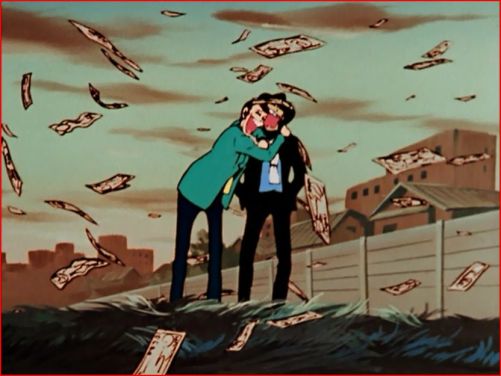 Why: Hugely influential and new in their fields at time of release (Green Jacket was one of the earliest attempts at adult oriented anime, while Burton’s Batman was unprecedented in how Dark and Gritty it was compared to comic book hero films past). Looks a little cheesy with the passage of time and more recent franchise entries, but retains rock-solid watchability. Both are also developmental playgrounds for some very influential directors (Hayao Miyazaki and Tim Burton)

For: An excellent entry point for beginners who don’t mind the tonal oddities caused by the show swapping directors partway through or the time capsule animation, animation history buffs

Why: Served as an accessible entrance point where its predecessor wasn’t available, allowed the franchise to continue during an uncertain point. BtM was fairly widely available on home video while the actual Adam West Batman was rather difficult to get hold of (and was therefore a reference point for those who hadn’t seen Adam West’s series on TV); while Green Jacket had a small amount of success and retains a cult following, the live action Psychokinetic Strategy rekindled enough interest in Lupin as a franchise to help push forward the creation of Red Jacket

For: Dedicated franchise fans, those with interest in farce/slapstick (more than Green Jacket perhaps, it successfully captures the manga’s best physical comedy) 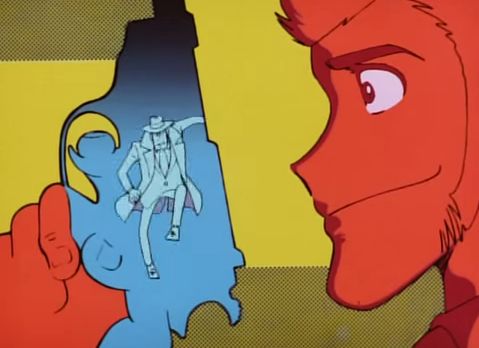 Why: The franchise series that helped shape an entire generation, as well as cementing several character performances and interpretations. Ran long enough that not every episode is a winner, but the ones that are good stand out as some of the best across the entire franchise. In Lupin’s case, this became the visual and tonal touchstone of what a franchise reference looks like (true to a lesser extent with BtAS, at least among other cartoons)

For: Casually familiar fans, beginners with a guide as to the most recommended episodes (because what’s good is mindblowing, and too much mediocre can burn you out on the series real fast)

The Secret of Mamo

Why: Well respected and known, if slightly in the shadow of The Best Known individual work in their medium (see the next entry). Introduces an iconic (if not the only) take on the franchise’s most frequently recurring villain, is occasionally the object of debate as to whether it’s secretly better than The Best Known work

For: Fans with some series Lupin (Red or Green) under their belt, fans of surreal cold war movies with arbitrary (but cool) sci fi elements 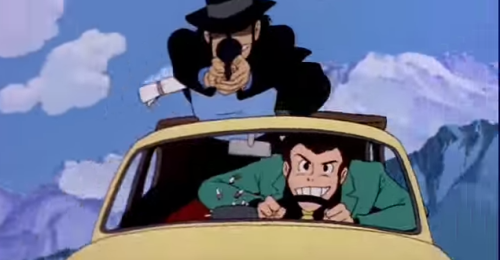 The Castle of Cagliostro

Why: Two juggernauts in their respective mediums create a take on an established franchise that sees ripple effects on other high-ranking creative types for years to come (DKR has a huge part of starting the Dark Age of comics, Cagliostro was beloved by such Hollywood juggernauts as Steven Spielberg and played a huge part in influencing The Great Mouse Detective, might be the frequently referenced single piece of Lupin media). The work’s enriched by having a deeper knowledge of the franchise, but can be enjoyed with little more than the barest bones understanding of the characters at play

For: Enjoyers of Hayao Miyazaki, film, the emotion known as joy

Why: Almost always the butt of the easy joke and brushed off by casual franchise fans who overlook the series’ charms sight unseen (be it Adam West’s winking comedic performance or Pink Jacket’s see-it-to-believe-it absurdity, oscillating fantastic and atrocious animation, and unfettered sense of anything goes fun). Well deserving of championing after years of abuse, and only very recently available for legal acquisition in America (60s Batman might have a full boxed set now, but Pink Jacket’s still waiting to get that last third on Hulu)

For: Fans who’ve sampled a few different series, movies, or specials and want to see something new (noooooot a good place for entirely fresh beginners)

The Fuma Conspiracy/Plot of the Fuma Clan

Equivalent: Batman Beyond: Return of the Joker

Why: Something of a bizarre footnote in the respective franchise histories, beloved by those who’re familiar with it. Severe editorial issues haunted it around the time of its release, preventing that well deserved fame (RotJ was censored by the WB, FC saw TMS kicking the established voice cast and composer to the curb and thus facing crippling boycotts); additionally focused on new/lesser known characters within the franchise (Batman successor Terry, Goemon and his adorable beyond words fiancée), thus further cementing its status as an odd duck/fresh experience. Obviously influenced by another famous work in the canon (Batman Animated and Cagliostro respectively)

For: All fans new and old, particularly those who enjoyed Cagliostro

The Woman Called Fujiko Mine

Why: Originally intended to mark a major event in the franchise’s history, only to decide it was more interested in exploring the stories of the characters around the titular franchise head. Told a well crafted story that stands apart from the other franchise entries, got in some trouble for not addressing the itch it was originally marketed to scratch (also leading to a fair number of unfair brushoffs). Easily the best justice that some of the franchise secondary characters have ever seen (looking at you, Fujiko and Renee Montoya). One only hopes that Lupin’s “return to form” will not mirror DC’s – the Lupin fandom has suffered enough over the years without having its own version of Countdown.

For: Firmly only for adult fans due to subject matter, but appealing for those looking for a smart meta/feminist narrative with dark humor and a gorgeous noir aesthetic

I considered including the specials, but then figured we’d be here all day looking at secondary entries into the canon – and this is a pretty full plate of potential places to start as it is. Enjoy, dear readers. You don’t know what you’re missing (except for the 1995 film Dead or Alive – its equivalent is Dark Knight Strikes Again. In that they are both the worst masquerading over a minimally involved famous name. At least Monkey Punch was putting in effort to the scenes he actually worked on).