As I wait for Tusk to wander onto VOD and into my waiting arms (that I may better fill out the back-burnered essay about its creation), I find myself looking ahead to Kevin Smith’s filmography-to-be. The record so far stands at one anticipated (Yoga Hosers, because damned if I’m not starved for more supernatural-comedies-with-female-leads), one indifferent (we’ll see how the trailer for Krampus looks), and one perturbed (Moose Jaws). In case you were wondering, your first instinct on that last one is correct. It’s Jaws with a moose.

At first I couldn’t figure out why this set me on edge. There’s enormous historical precedent for comedic film riffs that basically lift the plot of a famous film – from genre classics conceived in love, like Young Frankenstein, to smirking exercises in nose snubbing a la Scary Movie. It’s an accepted Thing That Happens.

And while I’m not sure the joke at the heart of Moose Jaws will be enough to carry it, I’m entirely confident that Smith’s too earnest about it to go ripping people off (see also: his glorious Blues Brothers homage in Clerks II) – any nods he makes will be trumpeted from the rooftops. This, of course, is when it hit me. Those movies I mentioned before were not made at a time when one of the best-selling bits of popular culture was a flagrant and unadmitted bit of thievery. Yeah. 50 Shades of Grey is ruining Kevin Smith movies for me. And with that damnable movie coming out, it seems like time we had a talk.

Never has it been more satisfying to remember that Valentine’s Day was named after an executed man
and served as the moniker of a gruesome massacre.

For those of you not in the know, EL James three 50 Shades novels (…of Grey, Darker, and Freed) were originally written as an AU (alternate universe – wherein you take a story’s characters and core concepts and put them in a new situation – this encompasses stuff like the Wish Verse in Buffy the Vampire Slayer as well as idling thoughts like ‘hey what if these grown adults were actually in high school’) fanfiction called Master of the Universe.

The fic was popular, so James took out the character names and most overt references to Twilight (sparkly vamps and all) and tried to turn a buck off of her little project. And in case you’re looking to quibble, it is provably damn near the same thing, just different enough to skirt under the legal radar. Ah, you might say, but so what? The point of an AU is it puts familiar characters in new situations – why, that might make them different altogether! To which I would say: a clumsy main character meets a mysterious guy with a dark secret, and…oh, you know what, it’ll just be faster if you read these (bonus for the fact that big chunks of 50 Shades the fanfic just regurgitate the basic structure of Stephanie Meyer’s books!). The short of it is, while the names were changed and the vampires removed, the character roles and relationships are pretty much intact. So much for saying it’s its own work.

But isn’t that what people do all the time? From Sherlock to Hook, there are all kinds of skewed takes on characters we already know. At which point I must point out that when it comes to those works the creators are either long dead and the work is in the public domain (Sleepy Hollow, Hercules, Wicked, half of Once Upon a Time) or the still-living authors/owners have given all the necessary t-crossed blessings to the work in question (Hannibal, Wreck-it Ralph, the other half of Once Upon a Time). And while it may be the case that authors are magpies (if you are feeling kind) and thieves (if you are not), there is still a constant reshuffling of themes and motifs, combined with the author’s unique viewpoint, that continually remakes old ideas as something worth examining in new contexts.

In the case of 50 Shades (based, let us all never forget, on Twilight and its sequels) the connection is never acknowledged, and you can bet your ass Stephanie Meyer isn’t seeing a dime of those billions. Now, you may be saying ‘Vrai, you photophobic recluse, you don’t even like Twilight!’ And you would be right, because I find its damaging qualities as an influence on youth fairly disturbing before we even get into the dubious writing quality. But I respect Stephanie Meyer for coming up with it. Whatever I think of the thing I respect that she created it, and it offends me down to my very core to think of someone profiting off of her work without her consent – not just as a writer, but as a lover of fandom.

Pictured: every writer who has pointed out these issues and received the response ‘You’re Just Jealous’

It is free because it has existed back and back and back, and before this age of social hiveminding we call the internet authors were incredibly leery of it. It was pretty common for authors to declare bans on the writing of fanfiction, and some even went out of their way to enforce that – Anne Rice is particularly infamous for her mad crusade to hunt down internet authors by way of internet lawyers. Not a lot of people are going to go to jail for that sort of thing, but it inevitably colors the nature of the community around a work. It shuts down sharing and discussion, things on which fan communities thrive. It’s a shame.

But the flip side of the coin is that those bans exist out of a fear of exactly the scenario we are now discussing. Authors crack down on fanworks because they’re afraid of their work being stolen from them, and the entire modern history of fandom has been spent trying to assuage those fears. Take a look at any fan archive written from the 2000s to present, and you’re bound to find the weirdest, most freewheeling stuff still carries a not-for-profit disclaimer. 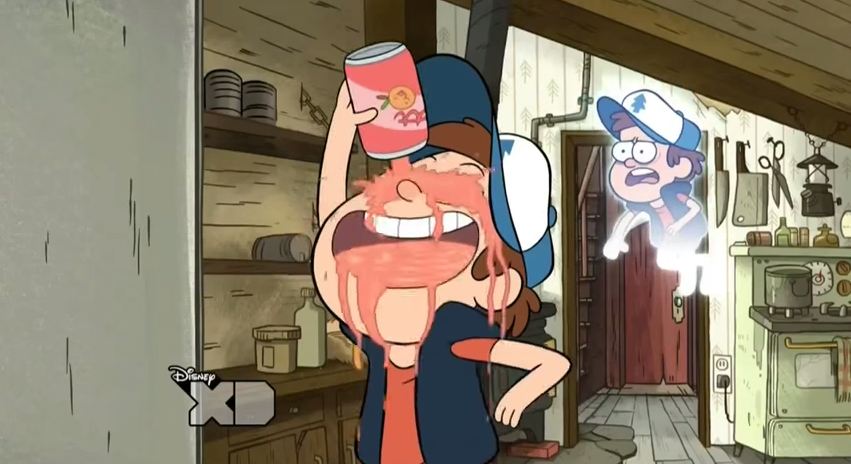 Hold on, I’m starting to see little rage spots.
Let me get something to make that better

E.L. James spits in the face of every one of those fans. Her juggernaut success provides a very good reason for authors to indulge in those fears of theft, and to attempt to restrict fan activity – which again, does not work, but has a negative impact on the author/audience dynamic. At the same time that success serves as a kind of ‘hey, why don’t I do that!’ to other fanfiction writers who would very much like to make a lot of money from things they wrote for free. And thus do we have a nasty, fear-mongering cycle, with lawyers on both sides snapping for rights and the unfettered joy of fandom slowly being strangled to death in the crossfire.

Even if the books represent a guilty pleasure to you, even if you are confident that those above factors will have a minimal effect on your mindset, there is no denying that these books are theft. Theft without acknowledgment, without permission, and without remorse. And I cannot, as an author or a fan, stand by and watch that. Hell, 50 people might see this post and that will be the end of it, but it’s worth telling anyone who will listen: don’t buy these books. Don’t see that movie. Buy Twilight. Buy yourself some BDSM erotica by someone who uses research. Buy silk ties and spreader bars! But don’t support an author who is a detriment to the craft, to the work that she supposedly loved enough to create fanfiction for it, and to the very concept of fan identity.

Tagged as: 50 Shades of Grey, Analysis, Books, Culture and Such, Movies, Twilight, Writing